The concept of the alpha channel is pretty simple. Instead of a writing an RGB result, you write an RGBA :

Here’s the result. Make sure to turn backface culling off (glDisable(GL_CULL_FACE) ) because since we can look through the mesh, we could see that it has no “back” face.

Here, I drew two squares with 50% alpha, one green and one red. You can see that order is important, the final colour gives an important clue to the eyes for proper depth perception. 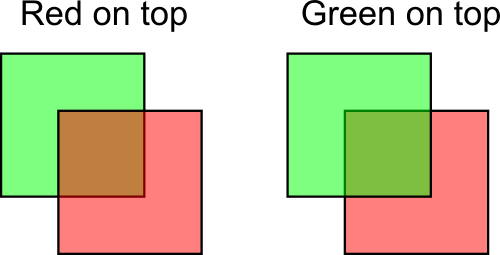 This phenomena also happens in our scene. Let’s change the viewpoint a bit : 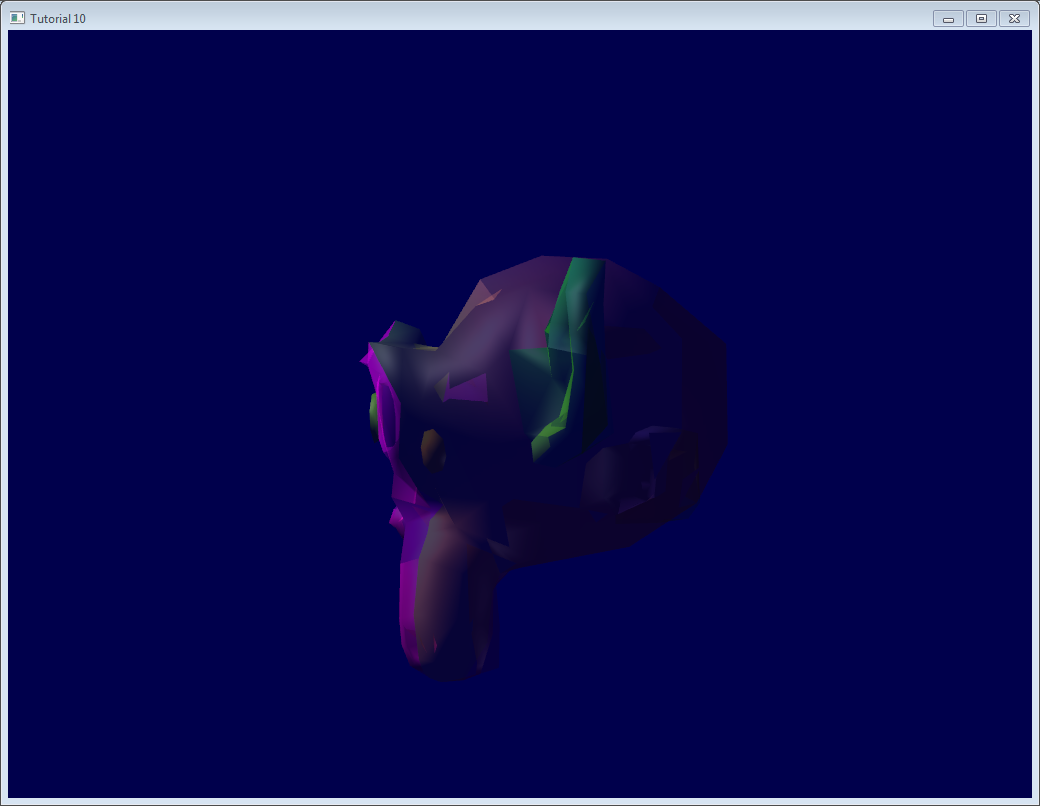 It turns out that this is a very hard problem. You never see lots of transparency in games, do you ?

You can sort whatever you want with qsort (in C) or std::sort (in C++). I won’t dig in the details, because…

Doing so will work ( more on this in the next section ), but :

A good enough solution is often to :

A number of other techniques are worth investigating if your engine really, really needs state-of-the-art transparency :

Note that even a recent game like Little Big Planet, which ran on a powerful console, used only 1 layer of transparency.

In order for the previous code to work, you need to setup your blend function.

Example from the image above, with red on top :